Awakening – What Happens After Kundalini Awakens

The untapped energy within a human being that is yet to be discovered and find its true potential is what is referred to as Kundalini. The “Awakening” or realization of Kundalini evokes through practicing Tantra, Asanas, Mantras, and various form of meditation mentioned in the school of yoga. Kundalini Awakening is said to transport the body, the mind, and the spiritual acumen of the human being into a whole new, inconceivable dimension.

Kundalini yoga is a form of yoga and dynamic energy that allows the yogi to encounter its own soul and awaken the deepest of energies that exist within a human body, mind, and soul. In the Hindu way of living life, Kundalini is associated as a form of divine and godly feminine energy, also known as “Shakti”.

There are seven major chakras mentioned in Hindu tantrism. Muladhara or The Root Chakra, Svadhistana or The Sacral Chakra, Manipura or The Navel Chakra, Anahata or The Heart Chakra, Vishuddha, or The Throat Chakra, Ajna or The Third Eye Chakra, and Sahasrara or The Crown Chakra. The concept of Kundalini emanates from the Root Chakra that is Muladhara, which is located at the base of the spine.

To learn more about Chakra Healing and its benefits:

Chakra Healing: A Beginner’s Guide to Self-Healing Techniques that Balance the Chakras 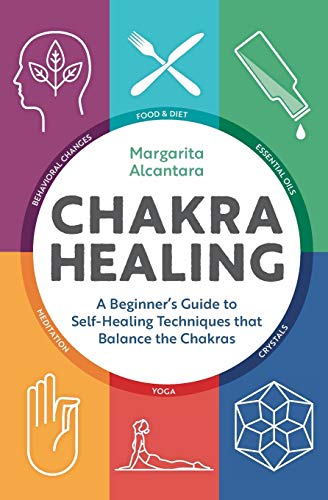 Kundalini Awakening is considered to lead the person to attain the state of spiritual liberation and emancipation, also known as Moksha or Mukti in Hinduism and Nirvana in Buddhism. A state of Moksha or Nirvana disenthrals the body, the soul, and the mind from the virtues of the world and provides freedom from different worldly affairs, leading to a path of self-realization and self-knowledge.

Self-realization encourages the person to have control over its emotions, facilitates a flow of positive and spiritual energy particles all across the body, enabling it to connect to the universe. It evolves the human mind, opens new dimensions with new possibilities, evokes the feeling of happiness, containment, and fulfillment. It awakens the soul, fills it with positive energy, and prepares it for the divine reality.

How to Awaken the Kundalini

The yoga of awareness, Kundalini has been in practice for several hundred years. It dates back to the 9th century when it was adopted as a part of Hatha Yoga. Hatha yoga involves physical postures and alignments, along with breathing exercises and mindful meditation.

Kundalini Awakening helps a person to project their true selves. To awaken the kundalini is a natural, organic process that requires immense efforts and withdrawal of oneself from innumerable virtues and vices offered by the world. It is the process of giving up and losing control over relationships, familiar surroundings, comfortable settings, and the general ways of being. Kundalini Awakening involves a lot of commitment, patience, ascertainment, and perseverance.

Many elaborate and well-articulated books can be referred to on Kundalini Awakening that assists a person in exploring different perspectives on Kundalini and consecutively, aid them in choosing the path of kundalini awakening. Some highly recommended books are as follows: 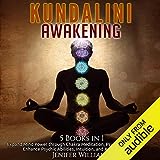 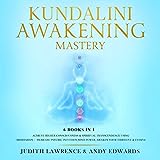 The energy associated with Kundalini rests at the root chakra or the base of the spine in the form of a coiled snake, hence symbolically represented as a coiled serpent. This coiled serpent present at the base of the spine is essentially representing cosmic energy that is said to be released from the body along the spine, similar to an electric current, as a result of Kundalini Awakening.

Both physically and mentally, the process of Kundalini Awakening can have both negative and positive impacts. The signs vary from people to people and from experience to experience. Some are on the path to experiencing a partial awakening, while some undergo the full-blown process.

Naturally, the body and the mind goes through various substantial changes. Insomniac nights, coupled with mood swings and constant body pain are some of the negative signs that one encounters. Jerks may be produced at odd times, throughout the body.

The mind is not in its right state and creates delusional figments of imagination. Food appetite reduces, marginally. Various overwhelming thoughts are induced and people become ill at ease.

However, the positive changes that the body and the mind go through, supersedes the negative aspects of the process of Kundalini Awakening.

The person attains a path of self-righteousness, realizes their self-worth, and the motive of their existence. They let go of all materialistic vices, have a humbler personality, become approachable, and are able to portray gratitude and gratefulness in every sphere of life.

What Happens After Kundalini Awakening

Kundalini Awakening not only cleanses the human body, mind, and soul, both physically and spiritually but also connects it to the divine energies present in the universe. The potential of the human body is unleashed and the many facets of life can be further encountered. Here are a few things that happen after the kundalini is awakened:

Kundalini Awakening deeply purifies the soul and prepares the human body and mind to new, fresh opportunities, with a much prudent and realistic approach. The activation of the kundalini energy through spiritual practices of meditation and yoga strengthens the body, makes the mind more level-headed liberated the mind of any musty, and hackneyed thoughts.

It is a process that takes place gradually, over a course of time. The experience is positive but can take place due to any sudden or traumatic life-changing experience as well. One of the best parts about Kundalini Awakening is that it unifies the person with the universe and its’s divine creations. The body and the mind are harmonized to feel more at peace with itself. The capability to retain things are improved by boosting memory.

The clarity in thoughts can be seen, along with a higher level of intelligence, and the will to do things in a systematic and coherent manner. People become compassionate and sympathetic to things and creatures around them. They become tolerant of others, and of opinions that don’t match theirs.

A sense of absolute bliss is created, making the person feel relaxed, calm, and composed at most times. They start feeling confident about themselves, learn to respect, love, and care about themselves a little more and become aware of how their body and mind functions.

How to open your third eye

Persimmon Fruits – All You Need To Know

No Result
View All Result